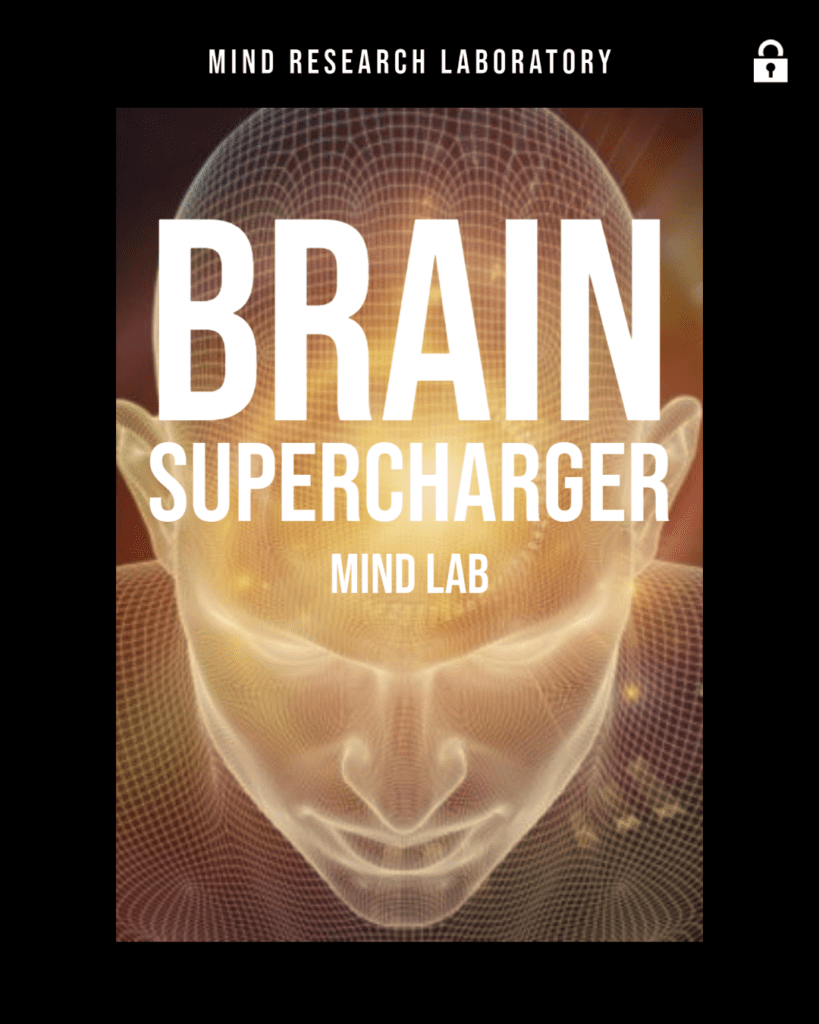 Listen to the Intro:

The powerful soundtracks in the Brain Supercharger Mind Lab are based on an innovative technology called Neuro-Entrainment.™ Used regularly they can have a profound impact on your life. Brain Supercharger soundtracks must be used with stereo headphones only. An exclusive sound engineering process incorporated in this recording called a Neuro-Matrix, induces a deep state of relaxation and altered consciousness. Through the stereophonic process, the sounds are delivered spatially into specific areas of the brain. A good set of stereo headphones is required for the technology to be effective.

How The Brain Supercharger Technology Works

Scientists have no idea as to how these “waves” of energy affect the world outside, but they do know how it affects the world inside. Artists, musicians, and athletes are all prolific producers of alpha-theta brainwave patterns. Creativity and strong alpha-theta activity appear to be linked. Zen monks, yogis, and others who are experienced meditators, have learned to alter their mind-state through training and discipline. They are able to manipulate the energies of consciousness. This deliberate switching-off of external stimuli changes the content of one’s awareness.

The letting go of one’s normal reality expands awareness and controls attention. But the Eastern forms of meditation require years of concentrated practice to advance into these higher forms of awareness. The Brain Supercharger through regular use is designed to give you this same ability without spending 20 years training in meditation.

Reducing stress, expanding awareness, transforming your inner world are all incredible benefits of regular use of this technology. But there is something even more powerful that you’ll be able to experiment with. Your Mind Lab uses “Mindscripting” versions of this soundtrack that you can use to help reprogram your beliefs about yourself and how you perceive the world. You should be aware of how this technology can be used to rescript negative emotions and subconscious behaviors. The subconscious mind records and stores our experiences. Through repetition, our experiences become learned automatic functions of behavior, like, tying your shoes, driving a car or riding a bicycle.

The Secret Behind The Technology

Each Program in the series, has 2 soundtracks. The first uses the powerful Brain Supercharger technology to alter consciousness and expand awareness. The second is a Mindscripting booster to be used for added reinforcement.

3. Winning Personality/Self-Image – Enhance self-esteem and positive attitudes about self.

4. Mastering Stress – Reduce anxiety and reframe the stressors in your life.

5. Unleash Creativity – Open the floodgates to your creative and intuitive powers.

6. Super Immunity/Health – Use the power of your mind to feel great!

8. Sports Performance – Give yourself that winning mental edge.

12. Enhanced Psychic Awareness – Open a channel to the universe and your unlimited potential.